City manpower and hours are not allotted for the Firemen’s Park in the Prairie, also called the Sun Prairie Dream Park. Funding for park maintenance is not included in the city budget and no paid staff takes care of the park. Instead, the park is staffed and maintained by volunteers.

The vision for the Dream Park began more than five years ago, when Anita Holcomb saw a similar park model in Deerfield and wanted to bring the idea home. After picking a location, she spoke with members of the Sun Prairie Volunteer Fire Department, who owned the property.

Five years ago this week, the Firemen’s Park in the Prairie became a reality, with numerous people from Sun Prairie and the surrounding communities traveling to use the facility.

Park volunteer Rebecca Ketelsen said she has seen buses from Beaver Dam, LaCrosse, Deerfield and Madison stop at the park, as well as daycare facilities from Sun Prairie, Waunakee, Marshall and the east side of Madison.

“It really gets incredible amount of use, more so than I think the city really realizes,” she said.

“I’ve very often seen Day One Pizza delivering pizza out to the Dream Park or people stopping at Market Street Diner on their way home after the Dream Park, and I am sure people go other places too,” Ketelsen said. “In the summer time it is not an exaggeration to say that 300-400 people use that park a day.”

During the past five years, Ketelsen and other park volunteers have worked hard to add much needed improvements to the park, and at a low cost.

When the park first opened, there was no parking lot nearby and the bathrooms were non-functioning.

The parking lot project should have cost closer to $60,000, Ketelsen said, but instead cost just $17,000. The reason? While the asphalt had to be paid for, the excavating work was donated and all the labor was done by volunteers.

The same goes for all the other projects that have been done at the Dream Park.

The lighting around the park comes secondhand from Madison. According to Ketelsen, when the new lights were installed on Washington Avenue, one of the members of the Firemen’s Park in the Prairie Board asked if the park could use the old lights. Once those were secured, the park board just had to pay for new bulbs.

Another major park project was the installation of the poured-in-place rubber, which Ketelsen said not only decreases wear and tear on the most high traffic areas in the park, but saves on the cost of rubber mulch.

“The network of paths that we made keeps the rubber mulch more in place, not entirely in place, but much more in place so that we are not losing as much of it into the grass or in kids’ shoes,” Ketelsen said.

Once again, a large number of volunteers – including Sun Prairie High School Skills USA members – stepped up for the cause. Representatives from the Janesville Parks and Recreation Department came to Sun Prairie to instruct how to lay down the poured-in-place rubber and the volunteers took it from there.

Ketelsen said while the project cost around $20,000, it would have cost closer to $65,000 if it weren’t for all the volunteers.

“Angell Park is probably the oldest park in Sun Prairie, and it has some of the oldest, most beautiful trees in Sun Prairie too. They have taken a beating over the last few years and so we trimmed them [and] we have also planted four new trees this year, and we’d like to plant four new trees next year,” Ketelsen said.

Funds for the park projects come from a number of sources. The main source of funding comes from Taste of Sun Prairie every year, but the Dream Park volunteers also sell soda at DogFest. In addition, groups such as the Sun Prairie Lions Club have donated funds for projects and the Madison Community Foundation awarded the park a grant for the poured-in place rubber project. Community members also donate to the park, and a donation canister is next to the park bulletin board.

Park volunteers have already begun looking toward the next big park project: erecting a shelter where people can have a birthday party or picnic, as well as installing a pathway from the shelter to the bathrooms.

“I think what spawned it is the number of phone calls I’ve gotten [from people] saying, ‘Why don’t we have a shelter?’ or ‘Do you have a shelter?’ and when I say no, they say ‘Oh, well we wanted to have our kid’s birthday party out there,’” Ketelsen said.

Ketelsen said she does tell those callers about the large pavilion at the top of the hill, but does not know why people choose not to use the large facility.

“I don’t know if it is too far away or it is too big for just a little family get-together,” Ketelsen said. “I am not sure why people don’t use that more. They probably just want it closer to the Dream Park so they can keep an eye on the kids while they are playing and get[ting] the food ready.”

Although a location has not been nailed down for the shelter yet, Ketelsen said it would most likely be on the south end of the parking lot, on the way down to the bathrooms.

Ketelsen and the park board are currently researching how much the project will cost and if other organizations would like to be involved.

“It would be awesome if we could get somebody to sponsor it [the shelter], maybe a couple people to sponsor it, and then of course have their name on it at the Dream Park. Or it might just be a lot of good old-fashioned hard work and fundraising to get every dollar.”

Although the board handles park projects one at a time, Ketelsen said she would also like to add artwork to the park in the future, such as sculptures that teach children about art.

Ketelsen also extended her thanks to everyone who helped with the Dream Park projects the last five years, such as the Friends of the Firemen’s Park Board. 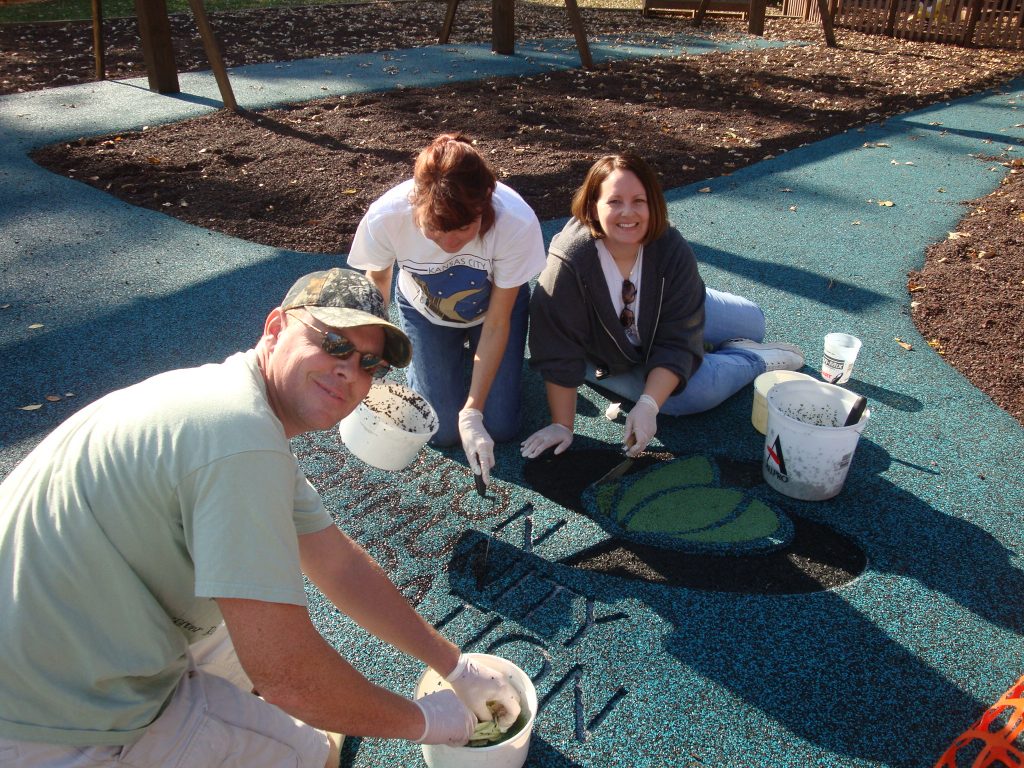 Four Parks & Trails you Must Visit on Madison’s East Side

It is so nice having a park and playground close to home.  My family enjoys…

On Thursday, June 16 Wilde East Towne Honda employees and their children came to the…

Recent Posts
Archives
Categories
Fireman's Park in the Prairie
Copyright 2017 • All Rights Reserved.
Site Design by The Digital Ring
Back To Top
×
X